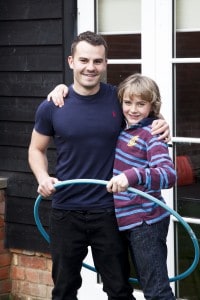 The Pupil Premium is additional funding for all publicly funded schools in England and Wales to raise the attainment of disadvantaged pupils and close the gap between them and their peers. In 2014 the DfE announced that every child who has left Local Authority Care as a consequence of Adoption, Special Guardianship Order, Child Arrangements Order or Residence Order is entitled to the Pupil Premium Plus (PPP) which amounts to £2,300 per year. Our PPP spend will be scrutinised by the DfE and Independent Schools Inspectorate. Funding is not ring-fenced and schools can pool PPP money for numerous children to pay for collective support to gain maximum impact from the funding.  The PPP is additional money for schools to improve the educational and personal outcomes of disadvantaged pupils including those who have been adopted from care.

As we are an Independent school only our pupils whose places are funded by their Local Authority are entitled to Pupil Premium or PPP. All of our pupils have struggled in mainstream education and as such all of our focus is on helping these disadvantaged children raise their attainment levels. We have a number of pupils who receive this PPP and a number of pupils who have left Local Authority Care who do not. These pupils are not eligible for funding as they do not have an Education Health & Care Plan (EHCP) despite having varying levels of developmental trauma, social and attachment related difficulties.

We have decided therefore that each academic year we will decide on interventions that will be appropriate for those pupils in receipt of the PPP.  The PPP income we receive from LEA's will then be topped up by us to allow for ALL of our pupils who have left Local Authority Care (funded and un-funded) to receive that same intervention.

Furthermore each year we will ring-fence a small percentage of that income to be allocated towards staff training and development.