Beech Lodge School Limited is a not-for profit organisation, a registered charity (1151323) and is registered as an Independent School with the Department For Education (868/6021). 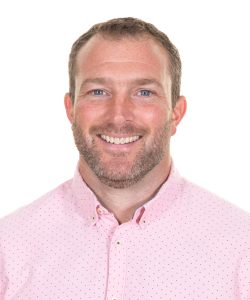 Dan joined Beech Lodge in January 2019 and took over as Headteacher in the September of that year. Dan was previously Assistant Head and SENCO at Claire's Court Junior Boys School in Maidenhead. Dan has extensive experience working in the independent sector and with children with Special Educational Needs. His career started in Secondary teaching and progressed to founding, funding and running a sport and education consultancy which provided a number of nationwide programmes based around sport for social change and social inclusion projects. Following this Dan was inspired to return to teaching specialising in inclusion and provision for children with additional needs.

Born and raised in Marlow, Dan and his wife Steph who live in Windsor have two young daughters. He is a keen sportsman who has played for rugby and tennis clubs locally and now enjoys an active and outdoor lifestyle.

Beech Lodge School was set up by Daniela Shanly (Proprietor), Emma Barklem (Advisor) and Lucy Barnes (Principal) who all shared a vision for an alternative approach to learning that truly allows those children whose needs are not being met in mainstream schools to flourish. Driven by an enormous amount of passion and dedication they are proud to have opened the school to the first cohort of children in January 2013 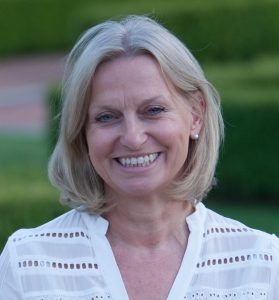 Daniela recognised through her own personal experience that it is vital for some children and young people to have an alternative approach to learning in order to maximise their educational potential, wellbeing and increase self esteem, all of which motivated her to set up Beech Lodge School inspired by her son's educational needs. She has a strong personal commitment to the needs of vulnerable children and is actively involved in adoption, mental health and children’s charities. Until recently Daniela was a Governor at the BCA Further Education College where she chaired the Quality of Education Committee.

Daniela takes overall responsibility for the effective running of the school. She works closely with the Senior Leadership Team and is present at the school on a daily basis so pupils and parents know her well. She places high importance on the welfare and health & safety of pupils and staff, has undertaken Safer Recruitment training and is trained to Child Protection Level 3. Daniela also heads up the Fagus development team. Her career background includes working in Advertising and as a Theatrical Literary Agent. 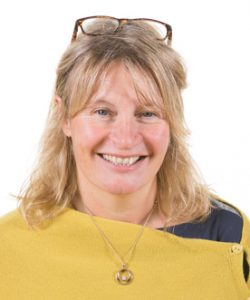 Lucy is co-Founder of Beech Lodge and until September 2019 was Headteacher of the school since its opening. As Principal of the school she oversees the Senior Leadership Team and leads our 16+ provision developing links with employers and colleges. Following graduation in 1989 Lucy worked in publishing prior to undertaking a PGCE at Roehampton Institute in 1992. She worked initially as a class teacher across the full primary range in Slough, Windsor and Maidenhead and Wokingham before taking up her first headship at a four form entry infant school in Slough. It was during her second Headship of a Primary School in Slough that her interest in the particular needs of adopted pupils and those who were struggling within a mainstream environment became her driving force. Having been introduced to Daniela Shanly and Emma Barklem, the dream of a school like Beech Lodge became a reality

The School has an Advisory Board which oversees the work of the school and helps secure the school's aims. The Advisory Board under the Chairmanship of the Proprietor comprises a team of people who all have a connection with the school. The Advisory Board meets regularly and keeps abreast of its responsibilities. It is strongly involved in strategic planning so that resources, both human and material are best used to meet the needs of pupils. 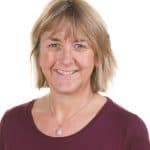 Emma is an experienced therapist, having worked predominantly with children and young people in a variety of educational settings. With four children of her own she believes strongly in creating an environment that values an individual approach to learning whilst maintaining a sense of community to develop essential social skills. 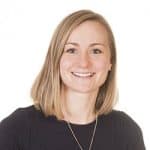 Becci is the co-author of the Fagus educational resource. She graduated with a First-Class Psychology degree from the University of Manchester in 2012. She completed a doctorate in Educational, Child and Adolescent Psychology at UCL Institute of Education in 2019. She has worked within schools as a Mentor, Learning Support Assistant, Assistant Speech and Language Therapist and Researcher. Becci currently works full time as an Educational Psychologist for Surrey County Council and continues to support Beech Lodge as an Educational Consultant as well as a director on the Advisory Board. Her professional interests include the impact of developmental trauma on children's educational experiences and emotionally based school non-attendance.

Patrick Burrowes
Paddy joined our Advisory Board in January 2015, at which time, he was the Bursar at Bradfield College. He has recently mov 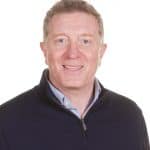 ed on from that role, in order to pursue an exciting commercial venture – but retains his close and active relationship with Bradfield by returning to their Board of Governors. He also recently became Chair of Governors at Lambrook School. Paddy spent the first decade of his working life in the Law – as a Barrister with a busy Criminal practice, before taking up an opportunity to pursue a career in the financial markets, which culminated in his role as Head of EMEA Cash Equities for JP Morgan Cazenove.

Paddy and his family live in Hurley – enabling him to devote as much time as he can to his passionate involvement in the Beech Lodge story. 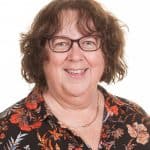 Maidenhead in a variety of roles including Senco and Assistant Headteacher. She has also been a deputy Headteacher in an all age generic special school. She is the Slough secondary Head representative on the Slough Local Safeguarding Board.
Until recently she has been the Executive Headteacher of Haybrook College in Slough. They provide an alternative education for over 200 young people with complex social, emotional and behavioural difficulties who have been permanently excluded or at risk of exclusion from local mainstream schools.

Following two commercial roles in the hospitality industry, the second experience was especially important for Rob in shaping his expectations of what an education must provide. A founding member of the Pre Senior Baccalaureate, a skills-based learning platform now adopted by nearly 50 schools in the UK,  for most of his 20 years as a Prep School Headmaster, a drive to instil this ethos has been at the top of the agenda. Recently retired as Headmaster of Bishopsgate School in the summer of 2022, the model he left received the rubber stamp of approval by ISI of what this modern approach to education can achieve. Rob and his wife Maria have two children, one of whom attends Beech Lodge.

Don Tucker - Financial Adviser and Trustee of the Shanly Foundation
Don started his working life on 13th September 1971 with Thorn EMI. Throughout his career he undertook roles within Finance, Senior Financial and Senior Management. For the last 23 years Don has been a director of the Shanly Group (private residential and commercial property development company ) initially as Finance Director and for the last 13 years as Group Managing Director. Now semi-retired he is a non-executive director with the Shanly Group and Trustee of the Shanly Foundation as well as Financial Advisor to the school