We are delighted to announce that from September 2019 Daniel Gillespie will be taking over as Headteacher at the School.

Following a well-earned sabbatical next year, current Head and co-Founder Lucy Barnes will return to take on a more strategic role in the school overseeing Staff Training and Development as well as being an important member of the Advisory Board. 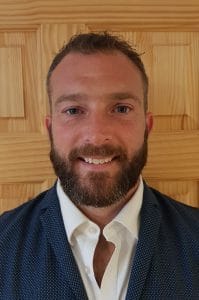 Dan who currently works as Assistant Head and Special Educational Needs Co-Ordinator (SENCO) at Claires Court Junior Boys in Maidenhead will be joining Beech Lodge in January 2019 for a two term handover before taking over the reins. It is his first Headship but he has extensive experience working in the independent sector and with children with Special Educational Needs. Dan’s career started in Secondary teaching and progressed to founding, funding and running a sport and education consultancy which provided a number of nationwide programmes based around sport for social change and social inclusion projects. Following this Dan was inspired to return to teaching specialising in inclusion and provision for children with additional needs.

Born and raised in Marlow, Dan and his wife Steph who live in Windsor have a young daughter Freya aged 16 months. He is a keen sportsman who  enjoys an active and outdoor lifestyle which recently included paddle-boarding 300km from the source of the Thames to Windsor to raise nearly £6k for Wexham Park Hospital neo-natal unit.

Dan’s move coincides with our rapid expansion and development of our new Lionheart provision for children and young people with Specific Learning Difficulties such as Dyslexia and Dyscalculia which will be the first of its kind in the Thames Valley.

Dan commented “I am incredibly excited to be involved in the continued growth and success of such a unique and forward-thinking school.”

We are delighted that Dan will be joining us as our new Head. He brings with him a wealth of experience, creativity, talent and energy as well as a very real passion and understanding of the needs of vulnerable children and young people. Dan is a team player and will be a great asset leading our school into the future and for driving forward our new Lionheart Dyslexia provision.